Objectives: (1) Reconstruct the king crab spawning stock abundance and recruitment over 1960 to 2004. (2) Estimate a stock-recruit relationship (if any). (3) Analyze temporal changes in the biogeography of this stock with respect to oceanographic conditions, ecological factors, and historical fishery removals. 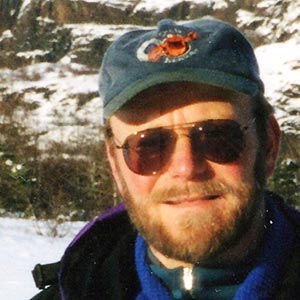 Alaska's red king crab fishery in Kodiak went bust about as fast as it boomed. After a few exceptional harvest years, the fishery has been closed since 1983. Because of interest by coastal communities in the potential to rebuild red king crab through enhancement, researchers in this project will conduct a retrospective analysis of the Kodiak red king crab stock and fishery, including the natural and anthropogenic factors surrounding its rise, collapse, and failure to rebuild. This study is expected to broaden understanding of major changes that have occurred in the Gulf of Alaska marine ecosystem, and aid in planning red king crab stock enhancement efforts.

Alaska's red king crab fishery in Kodiak went bust about as fast as it boomed. After a few exceptional harvest years, the fishery has been closed since 1983. Lately, there’s been community and fishing industry interest in rebuilding Kodiak king crab fisheries through large-scale enhancement. This study is expected to broaden understanding of the major changes that have occurred in the Gulf of Alaska marine ecosystem, and aid in planning red king crab stock enhancement efforts. Also, with increased public pressure for ecosystem-based management, better understanding of fishery collapses, such as king crab, is needed.

Alaska Sea Grant is interested in understanding the cause of wild king crab stock failures, as part of a program aimed at determining the feasibility of large-scale king crab enhancement. Taken together, these efforts are part of Alaska Sea Grant’s goal of helping to diversify coastal economies and sustain fishing-dependent communities.

The success of future potential crab stock rehabilitation depends on whether conditions causing the 1980s red king crab collapse have abated. Researchers hope to shed light on alternative proposed causes of the decline, namely fishing, predation, and climatic regime shifts. Researchers will conduct a retrospective analysis of the Kodiak red king crab stock and fishery, including the conditions surrounding its rise, collapse, and failure to rebuild. Specific objectives are to (1) reconstruct the king crab spawning stock abundance and recruitment over 1960 to 2004, (2) estimate a stock-recruit relationship (if any), and (3) analyze temporal changes in the biogeography of this stock with respect to oceanographic conditions, ecological factors, and historical fishery removals.

North Pacific Research Board
Rasmuson Fisheries Research Center
Alaska Fisheries Science Center Population Dynamics Fellowship through the Cooperative Institute for Arctic Research (CIFAR), and from the University of Alaska with funds appropriated by the State of Alaska
Alaska Department of Fish and Game

Gulf of Alaska waters around Kodiak Island once supported the world’s largest fishery for red king crab, Paralithodes camtschaticus. Fishery harvests occurred at low levels beginning in the 1930s, but increased rapidly in the 1960s to a peak harvest of 42,800 t in 1965. However, stock abundance declined dramatically in the late 1960s, and again in the early 1980s. Researchers developed a quantitative retrospective analysis to understand the conditions surrounding the rise, collapse, and continued depleted status of the red king crab stock around Kodiak Island, Alaska.

The history of the fishery included a variety of management measures, such as time and area closures and changes to minimum size limits. Despite these efforts, the stock was ultimately recognized as depleted, and a commercial fishery closure since 1983 has not resulted in a stock recovery. We developed a quantitative retrospective analysis to understand the conditions surrounding the rise, collapse, and continued depleted status of the red king crab stock around Kodiak Island, Alaska. Our approach used a population dynamics model to estimate abundance, recruitment, and fishing and natural mortality over time. The model included three male and four female “stages” and incorporated catch composition data from the fishery (1960–1982), a pot survey (1972–1986), and a trawl survey (1986–2004). Male abundance is estimated for 1960–2004, but the available data limit analysis of females to the years 1972–2004. During a critical time of fishery development in the late 1960s, a chance period of strong recruitment helped promote the capitalization of this fishery. Very high harvest rates in the late 1960s were not sustainable, likely due to reproductive failure associated with sex ratios skewed toward females following a recruit-driven fishing period in the 1970s. Environmental and ecological changes, associated with a climate regime shift, likely exacerbated these problems.

To improve understanding of stock dynamics, we examined spawner-recruit (S-R) relationships for the Kodiak red king crab stock. The shape of the S-R relationship helps describe average stock productivity at different stock levels, and thus relates directly to fishery management objectives. Due to limited female data, we used only male data and two currencies of male abundance as a proxy for spawners: either (1) all males ≥125 mm carapace length (CL) or (2) legal males, (≥145 mm CL). Due to age uncertainty, we considered lag times of 5 to 8 years between reproduction and recruitment. Residuals from fitting a standard Ricker model were strongly negative for brood years from the mid-1970s to the mid-1980s and positive from the early to mid-1990s. A Ricker model with autocorrelated errors resulted in better fits with AICc values (Akaike Information Criterion corrected for small sample size) minimized for a 5 year lag using all males. Among model configurations, the estimates of peak production ranged from 2.0 to 3.4 million recruits from a range of 11.3 to 37.7 million males. A model separating the time series into three productivity periods, corresponding to different ecological regimes, further improved model fit. Although abundances of both spawners and recruits have been <1.0 million males since 1985, depensation at low stock sizes was not detected. Future analyses will examine the contribution of ecological and environmental factors to crab recruitment.

Objective 3: Analyze changes in the stock with respect to oceanography and ecology

We used a modified autocorrelated Ricker spawner-recruit model to examine crab recruitment patterns for the 1964–1999 brood years (n = 36 observations) in relationship to biotic and abiotic variables hypothesized to be important to the survival of early life stages of Kodiak red king crab. Our hierarchical approach for model selection used AICc. Results revealed a strong negative association between biomass of age 3+ Pacific cod Gadus macrocephalus and crab recruitment. The Kodiak stock of red king crab declined following a period of high harvest rates in the late 1960s that skewed sex ratios and compromised reproductive potential. Then in the late 1970s, it appears that predation on crab may have increased, possibly due to increased Pacific cod biomass combined with a nearshore shift in cod spatial distribution that resulted from warmer temperatures associated with a climate regime shift. Inclusion of percent cloud cover at Kodiak, Alaska, as a second ecological variable slightly improved model fit, but the associated mechanism is unclear.

The new population dynamics model has improved the stock assessment of Kodiak red king crabs. The model has been provided to the Alaska Department of Fish and Game for use in managing this fishery in the future, once the stock recovers to levels needed to conduct a fishery. It is anticipated that a new king crab fishery management strategy will be proposed to the Alaska Board of Fisheries in their next meeting cycle. The project also resulted in a greater public awareness of the role of fishing in crab stock declines, even in cases when climate-driven regime shifts occur.

The model is superior to the existing assessment model for several reasons. First, it is the first analysis to reconstruct male abundance over 1960 to the present (previously analyses reconstructed abundance over a shorter period). Second, it is the first analysis to reconstruct female abundance and to estimate a stock-recruitment analysis as well as estimate oceanographic and ecological effects on the stock. Finally, new work is being initiated to utilize our assessment model in a management strategy evaluation analysis that will lead to a new management strategy that attempts to avert future stock collapses in Kodiak and elsewhere.