Objectives: This research project will investigate (1) whether sea otter harvest pressure and age structure have changed over time and space; (2) whether hunting pressure relates to and affects sea otter population growth; (3) whether hunting is focused in particular geographic areas, if these areas are important for subsistence shellfish harvest, and if they are located at the edge of the sea otter range; (4) which sex of otters is harvested most often; and (5) if targeted harvest of males or females impacts population growth differentially. 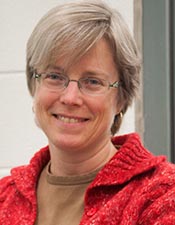 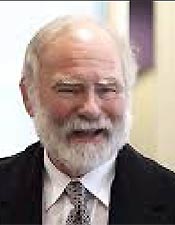 Scientists are studying the harvest of sea otters in Southeast Alaska through an analysis of US Fish and Wildlife Service harvest data and collection of local and traditional ecological knowledge. This interdisciplinary project brings together ecology and anthropology experts to identify pathways and outcomes for sea otter management, including co-management by tribal groups. Researchers will investigate how sea otter harvests have changed in space and time, how they affect the sea otter population, and other details. Recent increases in the number of sea otters harvested and underlying factors contributing to those increases will be investigated. Local communities, Alaska Native groups, fishermen’s groups, and government agencies are concerned about the growing sea otter population and their impact on resources to coastal communities, including important shellfish species for commercial, sport, and subsistence harvest. This project addresses impacts by sea otters on coastal ecosystems in Southeast Alaska and will inform residents and stakeholders from coastal communities about strategies for adapting to this change.

The expanding sea otter population is of growing concern to communities throughout Southeast Alaska because of the impact of sea otters on important commercial, sport, and subsistence fishery resources. The population of sea otters in Southeast Alaska, which was reestablished in the late 1960s by transplanting 413 sea otters, had grown to over 25,000 animals by 2012 and continues to increase region-wide at a rate of 12–14% per year. This project will identify patterns of sea otter harvest to determine how patterns have changed and how sea otters might be managed in the future—information that is critical for coastal communities with sea otters to adapt to change. The Marine Mammal Protection Act (MMPA) allows any Alaska Native who lives on the Alaska coast to harvest sea otters for subsistence, provided that the harvest is not wasteful. Only Alaska Natives can buy and trade raw pelts or other sea otter parts between each other. In order for a non-Alaska Native to obtain sea otter fur or any other sea otter part, it must have been made into an authentic Native handicraft or article of clothing. Researchers will address whether the growing sea otter population in Southeast Alaska will be impacted by harvest and how harvest might be managed for a sustainable sea otter population.

One of Alaska Sea Grant's key goals is healthy coastal ecosystems. Sea otters are an important predator that is causing large changes in the coastal marine ecosystem of Southeast Alaska. This interdisciplinary project brings together ecological and anthropological experts to provide information to sea otter managers and co-management entities on the sustainability of sea otter harvest and possible management strategies.

Increases in the number of sea otters and legislative calls for management action have led to questions regarding sea otter harvest and population dynamics in Southeast Alaska. At last count in 2011, the regional sea otter population was estimated to be about 25,000 animals and growing at about 7% per year, although growth rates vary greatly at sub-regional scales. The Marine Mammal Protection Act permits only coastal Alaska Native peoples to harvest sea otters, solely for the purpose of subsistence and creating and selling authentic native handicrafts and clothing, provided that the harvest is not wasteful and is reported to the US Fish and Wildlife Service (USFWS). We analyzed USFWS sea otter harvest records and combined them with a spatially structured population model to investigate 1) changes in sea otter harvest pressure over time and space; 2) whether or not hunting is focused in particular geographic areas; and 3) if hunting pressure relates to and affects sea otter population growth, either at regional or sub-regional scales. Hunters reported harvest of 13,151 sea otters in total from 1988 to 2015, ranging from 72 to 1,494 sea otters per year. Annual harvest increased over time, exceeding 1,000 animals since 2013, although the proportion of the regional population harvested remained stable, consistently around 4% per year. Our spatial analysis identified consistent hot spots of harvest, with the greatest concentration in Sitka Sound and central Prince of Wales Island, as well as transient hot spots that shift from year to year. Preliminary model results suggest that hunting has substantially reduced population growth in some areas, but at the scale of Southeast Alaska the effect has been smaller and within the range of survey-based population estimates.

Relevance: The expanding sea otter population is of growing concern to communities throughout Southeast Alaska because of the impact of sea otters on important commercial, sport, and subsistence fishery resources. The population of sea otters in Southeast Alaska, which was reestablished in the late 1960s by transplanting 413 sea otters, had grown to over 25,000 animals by 2012 and continues to increase region-wide at a rate of 12–14 percent per year. Sea otters consume up to 30% of their body weight per day, and their diet consists primarily of shellfish.

Anticipated benefits: The interdisciplinary approach will integrate Western and local and traditional knowledge and be presented to communities to increase understanding of sea otter biology and management. Presentations of this work to the public will incorporate results from this project and previous sea otter research supported by Alaska Sea Grant. When completed, this project will provide information to sea otter managers and co-management entities on the sustainability of sea otter harvest and possible management strategies.

Stakeholders will have valuable data to help make predictions about future sea otter impacts on subsistence resources and commercial fishery earnings, both critical to the economic and sociocultural sustainability of Alaska coastal communities. Information gathered and distributed in this project will allow stakeholders to lobby for or against management or legislative changes to address sea otter impacts in rural communities. Recent legislative actions include (1) a bill in the Alaska State Senate to provide a $100 bounty for each sea otter legally hunted, and (2) a bill in the US Congress to allow Native Alaskan hunters to sell unaltered sea otter pelts to non-Natives, which is in contrast to the present restriction allowing the sale of sea otter products only when they are altered into authentic Native handicrafts or articles of clothing. In addition, private corporate bounties have recently promoted significant increases in sea otter harvest in some villages. Analysis of sea otter harvest patterns, factors promoting or dampening harvest levels, and impacts on the sea otter population can help inform discussions about the two bills and other proposed management changes.