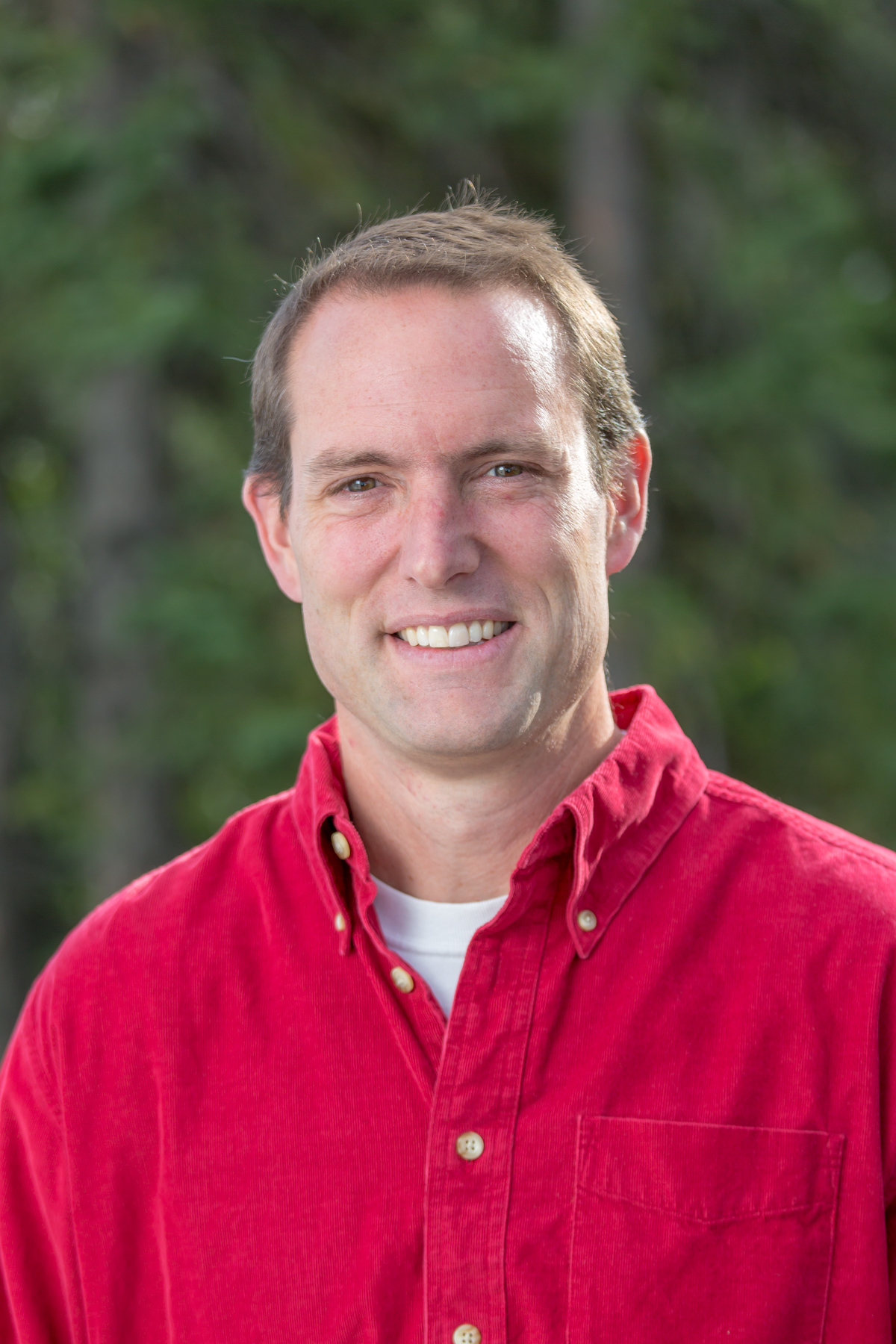 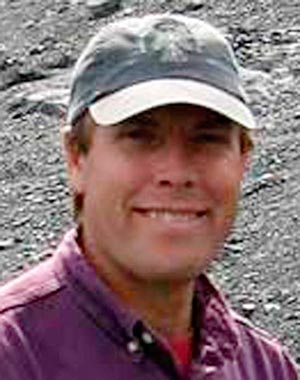 Alaska has relatively healthy skate stocks. The most frequently landed skates in the Gulf of Alaska are the big skate and longnose skate, both of which are taken as nontarget catch in several longline and trawl fisheries. As a result of their abundance and relatively high ex-vessel value, there is a desire by fishers and processors to increase skate landings by allowing more nontarget retention or developing directed fisheries for them. Researchers seek to understand interactions among skate abundance, fisheries, and economics to aid in development of profitable and sustainable fisheries.

Skates are in growing demand worldwide. In the Gulf of Alaska there is increasing economic pressure to develop directed fisheries for big (Raja binoculata) and longnose (Raja rhina) skates. And Gulf of Alaska coastal fishing communities are looking for more opportunities to increase their economic resilience. However, these skate species are long-lived and slow-growing, and they mature late, making them vulnerable to overfishing, and currently they may be retained only as nontarget catch. Before a skate fishery can be opened, the sustainability of the skate resource and economic feasibility of a directed skate fishery need to be examined. This can be achieved best by determining the sustainable skate harvest through a stock assessment, which is then integrated into a bioeconomic model that includes ex-vessel value, costs, and demand for skates.

This research addresses Alaska Sea Grant’s goal of sustained, well-managed and healthy marine ecosystems in Alaska by providing decision-makers with science-based biological and economic information that can be used to inform the setting of quotas and the design of regulations for increasing skate landings. This project could contribute to strengthening coastal Alaska communities by fostering skate fishing within realistic biological and economic constraints, thereby ensuring sustainability and profitability. Finally, the study will address a third Alaska Sea Grant goal by retaining the biological and economic health of this commercial fishery and ensuring that it remain a long-term economic force in coastal communities.

This project used an interdisciplinary approach to examine the skate fishery in the Gulf of Alaska. First, satellite tagging of big skates (Beringraja binoculata) showed that they can undertake long, basin-scale movements, providing evidence that it is appropriate to consider the big skate population of the Gulf of Alaska as one stock. Second, these insights were used to develop the first stock assessment models for skates in the GOA. This represents an important improvement in modeling, laying the groundwork for the North Pacific Fishery Management Council to move to less data-limited harvest control rules, which should lead to increased confidence with which the total allowable catch (TAC) for skates is set. Finally, a bioeconomic simulation-optimization model examined the impacts of management decisions on the profitability of skate fishing and showed that changes in discarding regulations may in fact increase fishing mortality and reduce profitability of the fishery.

Relevance: Skates are in growing demand worldwide, and in the Gulf of Alaska there is increasing interest in developing a directed fishery for big skates and longnose skates. But these species are long-lived, slow-growing and mature late, making them vulnerable to overfishing. Currently skates may only be retained as nontarget catch, which brings in 2,000 tons per year worth $2 million. Before expanding the skate fishery, the sustainability of the resource and economic feasibility of a directed skate fishery need to be examined. This can be achieved by determining the sustainable skate harvest through stock assessment and integrating it into a bioeconomic model. Current federal management of skates is based on minimal information—biomass estimates of big and longnose skates in the Gulf of Alaska are based on extrapolation of the weight of skates caught in surveys.

Results: Researchers produced estimates of skate biomass and sustainable harvest that can be used in federal and state stock assessments. This represents a significant improvement and sophistication of the skate management process in the Gulf of Alaska. Based on the stock assessments researchers advise that only a modest increase in total skate harvest is likely to be sustainable.

Relevance: The commercial fishing industry is interested in a directed fishery of skate species in Alaska, where stocks are not currently listed as overfished or threatened by overfishing. The big skate (Beringraja binoculata) is the most frequently landed skate in the Gulf of Alaska portion of the northeast Pacific Ocean, with recent stock assessment surveys showing relatively healthy populations. Big skates are considered a data-poor species and additional ecological information is needed, including movement patterns and habitat use.

Response: Alaska Sea Grant–funded researchers placed satellite tags on eight big skates. They found that the skates traveled long distances, crossed management boundaries within the Gulf of Alaska, and spent more time in deeper waters than previously thought, especially during the winter. One individual traveled at least 2100 km, and three made long-range movements and crossed at least one management boundary, while others remained close to tagging locations. The tags extended the maximum documented depth of big skates to over 500 m and confirmed that they are thermally tolerant, occupying waters between 2 and 18 degrees C.

Results: Information from this study can be used to refine stock assessment practices, such as depth of fishing and survey gear, areas of suitable skate habitat for abundance surveys, and movement rates among and out of management areas. Skate fishery managers can also use this information to consider incorporating catch rates at multiple depths to estimate abundance, and developing management strategies for big skates at the scale of the entire Gulf of Alaska rather than in smaller management areas.

Relevance: Skates are in demand worldwide. In the Gulf of Alaska there is increasing economic pressure to develop fisheries for big and longnose skates (Raja spp.). Fishing communities are looking for opportunities to be resilient through diversifying their economy. Before a skate fishery can be prosecuted, the harvest needs to be sustainable and the fishery must be profitable. Information is needed on harvestable surplus, nutritional value, product form, demand and price, and best harvest strategies. Skates can be an important source of protein and omega-3 fatty acids, but a concern is the level of heavy metals, particularly mercury, in the muscle, which may influence product quality.

Results: Big and longnose skate muscle was composed of lean protein (14.7%) with 1.2% lipids and 83% moisture. Livers were very high in lipids and omega-3 fatty acids. Mercury in the skates had mean levels of 0.21 mg per kg, below Pacific halibut levels. The risk-benefit ratio of skate muscle was slightly positive (3.62%) based on the balance of mercury toxicity and omega-3 fatty acid benefits, indicating a beneficial protein source. These data can be used by the seafood industry in communicating with markets for skate products and to be aware of health concerns. Results were published in the Journal of Food Composition and Analysis in 2015.

Recap: Alaska Sea Grant–funded researchers found a positive risk-benefit ratio for consuming skate muscle on the balance of mercury toxicity and omega-3 fatty acids; the data can be used by the seafood industry to understand market demands for skate products and to be aware of health concerns of consuming skates.