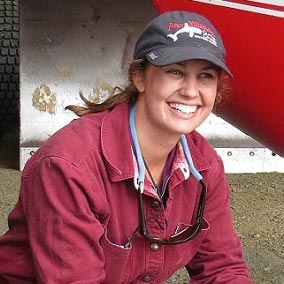 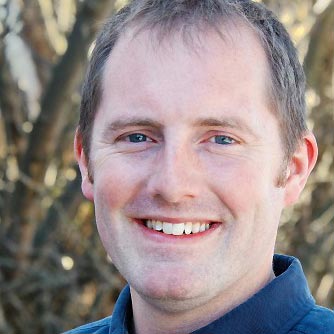 This project entails the design of an interactive workshop to share erosion monitoring strategies with participants from at least seven Bristol Bay communities. The training opportunity will heighten the scientific capacity of the Bristol Bay region by enabling residents to use low-cost time-lapse camera systems in conjunction with survey stakes to collect quantitative measurements of coastal, river, and/or lake erosion. This technique combines existing methodologies of erosion monitoring in a new and innovative way to transform anecdotal reports of erosion into rigorous measurements that will create a quantitative record of shoreline change.

Despite the need for information to fuel decision-making in a changing environment, Alaska’s extensive shorelines are inconsistently monitored and under-instrumented for the evaluation of coastal erosion. Alaska's local residents have the necessary local knowledge, motivation, and ability to help quantify rates of erosion in remote areas.

Alaska Sea Grant is dedicated to building resilient communities and economies through science extension that educates, engages, and supports residents. This project embraces the Sea Grant mission to enhance the wise use of Alaska's coastal resources by employing education and outreach to enable community residents to lead local, scientifically sound erosion monitoring efforts that will improve Alaska's ability to adapt to coastal hazards and environmental change.

Erosion and flooding affect most communities in Alaska located by rivers, lakes, and oceans. Although erosion and flooding is widespread, the local impacts, including loss of infrastructure, land access corridors, subsistence sites, and cemeteries, are not consistently documented. Common methods for determining past rates of erosion and future vulnerability also do not apply in much of Alaska, where changes to shorelines are episodic (dependent on storm activity and sea ice cover) or affected by permafrost thaw. In order to more effectively and consistently map shoreline and riverine erosion, in 2015, Alaska Sea Grant funded the Stakes for Stakeholders, community-based erosion monitoring project in the Bristol Bay region.

The Alaska Division of Geological & Geophysical Surveys, University of Alaska Fairbanks, Alaska Sea Grant, and Bristol Bay Native Association have been working collaboratively with local tribal governments to establish erosion monitoring sites throughout Bristol Bay. In 2016, a 2-day introductory workshop was held with 12 participating tribes, and followed up by installations of erosion monitoring sites and community meetings at Port Heiden, Togiak, Levelock, and Dillingham. The 2017 field season was used to re-visit sites installed in 2016, and establish news sites at Chignik Lagoon, Chignik Lake, Naknek, Aleknagik, Ekuk, and New Stuyahok, facilitating either erosion or water level monitoring at a total of 10 communities. The expansion of this project to the full 10 communities was made possible through joint funding between Alaska Sea Grant and the Bureau of Indian Affairs. Project partners also opportunistically established flood monitoring monuments while traveling to community sites, using funding from the Alaska Ocean Observing System and in collaboration with the Alaska-Pacific River Forecast Center. At Port Heiden, rapid erosion has been documented due to storms in fall of 2016, resulting in 16–19 meters of erosion, which is threatening to breach a large lake (Goldfish Lake) backing a local road. Over a year, approximately 3.4 meters of erosion was measured at Dillingham fronting the community sewage lagoon, where city government is interested in determining the life of that critical infrastructure.

This project has not only created excitement for monitoring flooding and erosion in Bristol Bay, but has inspired tribal environmental programs and the Alaska Institute for Justice to incorporate the monitoring program into other ongoing projects throughout the state. The external interest has led to erosion monitoring site installations at Chevak, Kotlik, Kwigillingok, Golovin, Shishmaref, and Unalakleet in 2017 and has broadened the network of communities discussing the impacts of erosion and flooding on Alaska Native Villages.

Relevance: Alaska's extensive shorelines are significantly and inconsistently under-monitored for the evaluation of coastal erosion, despite severe impacts throughout northern and western Alaska. Residents have the necessary knowledge, motivation, and ability to help quantify rates of erosion, but need technical assistance, guidance, and a systematic approach to contribute data rather than observational accounts.

Response: Alaska Sea Grant–funded researchers and partners devised a system, called Stakes for Stakeholders, that uses stakes and time-lapse cameras for Alaska residents of coastal, river, and lake environments to monitor erosion in their communities. At a workshop in Dillingham, representatives from 11 communities learned about shoreline erosion and monitoring protocols. After the workshop, researchers and the Bristol Bay Marine Advisory agent visited 5 communities to hold public meetings and install monitoring sites. Researchers completed a Quality Assurance Project Plan (QAPP), required by the Environmental Protection Agency for collecting and sharing environmental data. The QAPP, used by tribal environmental coordinators funded by the Indian General Assistance Program, can expand erosion monitoring beyond the Alaska Sea Grant project timeline and Bristol Bay region.

Results: Monitoring equipment was installed in Levelock, Dillingham, Togiak, and Port Heiden, and local technicians were trained to make observations and share data. By leveraging funds from the Bureau of Indian Affairs, additional research staff were able to travel on-site during the 2016 installations. The QAPP was approved by EPA in early 2017 and site installations are planned for six more communities in 2017. The environmental coordinators for Unalakleet and White Mountain developed work plans to use the QAPP for erosion management in 2017.