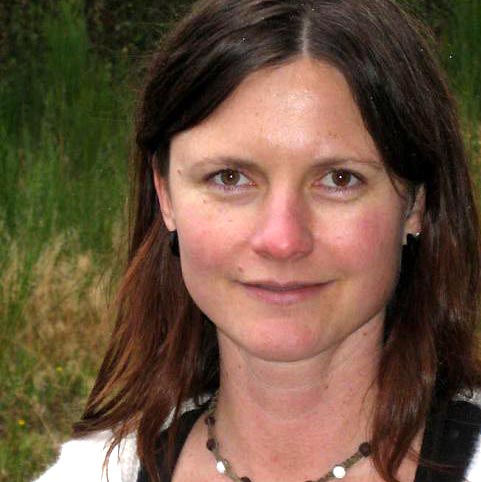 Glaciers are currently retreating at high latitudes in both Northern and Southern Hemispheres, and this is readily visible in Southeast Alaska. Furthermore, the rate of retreat is predicted to increase, yet we know little about how melting glaciers affect marine fish populations living in estuaries that lie in the direct path of glacial meltwater effluent. Our overall motivation for this research is to determine if estuarine groundfish communities are resilient to projected changes in the degree of glacial influence. Does an increase or decrease in glacial effluent impact the growth rate or mortality of these fishes? Our specific objective is to quantify mortality rates and growth rates in two representative estuarine groundfish species along a gradient of glacial influence. Overall, we expect to see changes in mortality and growth rates in starry flounder and staghorn sculpin as glacial influence on estuaries increases. Sampling will occur six times each in the summers of 2015 and 2016 at four estuaries in Juneau, Alaska, that vary in their glacial influence. At each sampling event, individuals of both species will be tagged with a small colored dermal tag and released. Tagging and measuring fish at multiple events for two years will allow us to estimate growth and mortality rates within and among years. These rates can then be compared among estuaries to determine if they are correlated with the degree of glacial influence. If correlations are found, this would indicate greater sensitivity and less resilience to this direct and immediate symptom of a warming climate, warranting greater vigilance in the management and protection of these culturally, economically, and ecologically important coastal habitats.

Coastal ecosystems are under fire from a complex interplay of perturbations and stressors. The resilience of an ecosystem is its ability to absorb these cumulative perturbations without experiencing a fundamental shift in its community structure. There is growing concern that climate change is a significant source of perturbation in marine ecosystems. Coastal estuaries may be particularly sensitive since they are also impacted by terrestrial symptoms of climate change, including deglaciation.

Effects of deglaciation on the quality of estuarine habitats may translate into perturbations felt by marine fish communities using estuaries in their life history. Over time, deglaciation will lead to a temporary increase, followed by a decline, in glacial influence on estuaries. There may be differences in habitat characteristics of estuaries adjacent to watersheds with varying degrees of glacier cover that affect their suitability as habitat for marine fishes. Identifying whether glacial effluent affects estuarine habitat quality will inform predictions of climate change impacts on estuarine fish community resilience.

Alaska estuaries are among the most productive habitats on the planet, serving as nursery grounds for many ecologically and commercially important fish and invertebrate species. It is crucial to make science-based management decisions that will sustain the long-term resilience of estuarine habitats that are depended upon by coastal Alaska communities. Data generated from this proposed project will help Alaskans understand how climate change challenges fish populations residing in one of our most economically and ecologically valuable marine habitats. Specifically, these data will provide an important first step toward answering the question: Are estuarine fish communities resilient to projected changes in the degree of glacial influence?

The objective of this project was to assess if differences in habitat characteristics of estuaries adjacent to watersheds with varying degrees of glacier cover affect their suitability as nursery and spawning grounds for marine fishes. Intensive field collections in summer of 2015 and 2016 from four estuaries were conducted to determine if fish community structure differs among watersheds that vary in their glacial influence and to determine if a change in glacial effluent impacts growth rate and mortality. We expected to see changes in community structure, mortality and growth rates in fishes as glacial influence on estuaries increases.

Beach seines were used to capture fish during every low tide series in both summers. All fishes captured were identified to species, and their abundance and body length recorded. Individuals of two common species (Platichthys stellatus — Starry Flounder; Leptocottus armatus — Pacific Staghorn Sculpin) were tagged at each sampling event with a small colored dermal tag and released, and recaptures used to estimate growth and mortality rates among estuaries. We captured just over 4200 fishes from 23 species from four estuaries. We collected body length and abundance for each species. Among those caught were 2700 L. armatus and 750 P. stellatus, all of which were given a small elastomer tag and released. Of these we recaptured 32 L. armatus and 2 P. stellatus. No fish were recaptured outside of the estuary they were tagged in, and low recapture rates indicate very high population sizes. As glacial influence increased across estuaries, there was a significant decrease in total groundfish diversity and a significant increase in total groundfish abundance. This implies that more fish species are associated with less glacially-influenced estuaries, but those that prefer them are much more abundant there.