Objectives: The main objectives of this project are to: (1) better understand the effects of environmental change in the Bering Sea on Alaska Peninsula sockeye salmon stocks, by collecting and analyzing recent and ancient data to get a long-term perspective; and (2) collaborate with local communities and the Alaska Department of Fish and Game to make results and conclusions easily available to stakeholders with interests in the Bering Sea sockeye fishery. 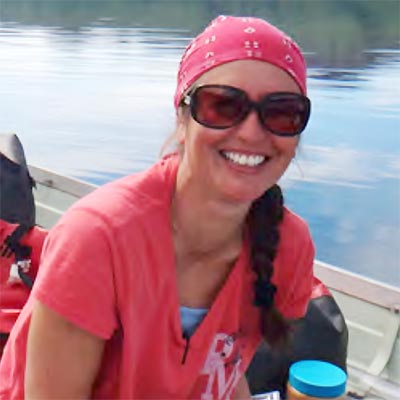 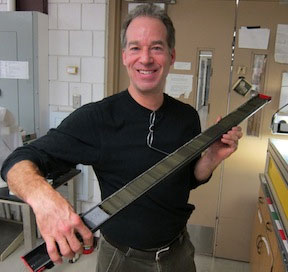 The sustainability of Alaska’s fisheries, including the sockeye salmon fishery, is of utmost importance not only to the health of Alaska’s marine ecosystems but also to the vitality of Alaska’s coastal communities. Investigators will collect and analyze sediment cores from Sapsuk Lake, a sockeye spawning lake with traditionally large sockeye returns, to determine fluctuations in numbers of sockeye returning from the Bering Sea over the last few thousand years. This is of concern to stakeholders in the area, as historically the Sapsuk system had large runs but fish numbers have declined in recent years to the point of impacting subsistence and commercial use. The project will use sediments from Sapsuk Lake to detect relative numbers of sockeye returning to this spawning lake over the last 4000–5000 years, reconstruct changes in past productivity of the lake, and construct a model that could identify numbers of returning sockeye. Since historic data periods are too short to capture the large climatic changes the world—specifically the north—is now experiencing, long-term data sets such as this one will help determine the effects of warmer and colder climates on Bering Sea sockeye. This project will add to the knowledge of stakeholders and policymakers and may inform future management decisions and improve the chances of sustaining economic and sociocultural stability in Alaska coastal communities.

The sustainability of Alaska’s fisheries is important not only to the health of Alaska’s ocean ecosystems but also to the health of fishing communities, both of which are being rapidly affected by global climate change. Sockeye are key to subsistence and economic well-being of communities along the Bering Sea coast, so it is important for the sustainability of these communities to understand the processes that control these fish.

This project addresses two Sea Grant themes: impacts on and strategies for coastal ecosystems and/or communities adapting to change, and improvements to the economic and sociocultural sustainability of Alaska coastal communities. Collecting data on long-term fluctuations (in this case thousands of years) in sockeye returns will allow researchers to determine how sockeye populations responded to environmental changes in the past. The outcomes will help predict the impacts of environmental change on sockeye stocks and help the communities that rely on them build strategies to cope with changes.

Investigators will reconstruct long-term sockeye escapement history in Sapsuk Lake, western Alaska Peninsula, using stable isotope analysis of lake core sediments as an indicator of marine-derived nutrients (i.e., relative numbers of salmon carcasses decaying into surrounding sediments) and numerous markers of climate, ocean, and lake conditions. The past 4000–5000 years include several periods of climatic variability, and can provide valuable information on the relationship between climate change and sockeye salmon systems.

The Sapsuk Lake data appears to follow the broad scale trends found in other sockeye spawning lakes that drain both in the North Pacific and the southern Bering Sea. This is in direct contrast to a previously published report which concluded that each spawning lake is unique in its trends over the last 500 years (Rogers et al 2013). Although fine scale change may be more localized and occur on short time-scales, changes in numbers of returning salmon show similar patterns across larger areas over centennial time-scales. Many of these changes appear to be related to broad scale climate and productivity fluctuations, such as the climatic shift associated with initiation of the Little Ice Age, which began in Alaska ca. 700 yr BP. If the connections between ocean-climate conditions and salmon are valid, then this research could potentially point to bottom-up drivers of fluctuations in sockeye salmon stock sizes. This in turn, could direct a new set of research, based on linkages between these particular drivers and sockeye survival rates. These linkages would be a very useful tool to management and stakeholders as they plan for the future of sockeye harvesting in a rapidly changing system.

Recap: Alaska Sea Grant–supported research reveals links between ocean productivity and sockeye salmon returns over thousands of years. This result is useful to managers and stakeholders as they plan for future sockeye harvesting. It also points to the need to understand the dynamics of ocean productivity for fisheries management.

Relevance: The sustainability of Alaska’s fisheries is connected to the health of Alaska’s ocean ecosystems, but these connections can be difficult to identify. Long-term fluctuations (in this case thousands of years) in salmon returns can allow researchers to determine how salmon populations responded to environmental changes in the past. The outcomes can help predict the impacts of environmental change on future salmon stocks.

Response: Investigators reconstructed long-term sockeye salmon escapement history in lakes in the western Alaska Peninsula, using stable isotope analysis of lake core sediments as an indicator of historical salmon abundance. They then compared these to numerous markers of climate, ocean, and lake conditions as well as indices of human population in the area.

Results: The past 4,000 years include several periods of climatic variability and provide valuable information on the relationship between climate change and sockeye salmon systems. Ocean productivity is strongly linked to the relative numbers of returning sockeye to several Alaska coastal lakes, suggesting that ocean conditions are an important bottom-up driver of sockeye salmon returns.