Research and information on Alaska coastal and marine issues 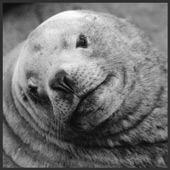 The Alaska Sea Grant College Program conducts marine and coastal research, public education, and marine industry advisory services to help Alaskans wisely use and conserve the state's ocean resources. Funding comes from the state and federal government, and from industry.

From 1998 to 1999, Alaska Sea Grant undertook 12 marine research projects, supporting several graduate students at the University of Alaska, and carrying out a statewide public education and industry advisory program.

To see a list of publications resulting from past Alaska Sea Grant research and scientific meetings, take a look at our research catalog.

Growing evidence suggests that breeding between genetically distinct populations of salmon, including cultured and wild salmon, may reduce the genetic fitness and productivity of wild salmon. Scientists call this "outbreeding depression." In this project, researchers will compare survival rates of hybrid pink salmon with survival rates of non-hybrid offspring from two genetically distinct parent populations—one that returns to spawn in even-numbered years and one that returns to spawn in odd-numbered years. After that, scientists will similarly study the survival rate of hybrid pink salmon that are offspring of genetically distinct parent populations which return to spawn in the same year but in different streams. Knowledge of how outbreeding depression occurs in salmon can provide scientists and fishery managers with much better insight into if and how salmon stocks may lose genetic fitness through interbreeding, and provide information about the genetic nature of successful wild populations. This knowledge becomes increasingly important as the natural range of salmon shrinks as a result of human influences.

In many parts of Alaska, fishery managers require that fishermen harvest salmon close to where the salmon spawn, in so-called "terminal areas." This is done to ensure that salmon reach their spawning grounds in adequate numbers. But the practice denies fishermen the chance to catch the highest quality fish, because salmon begin to change color and lose flesh quality as they near their spawning grounds. Researchers will examine how salmon quality degrades as salmon approach their spawning areas in Prince William Sound and several Southeast Alaska locations. Scientists hope the research will improve their understanding of how salmon quality changes and help fishery managers maximize the value of the fishery.

The Copper River hosts one of the largest natural runs of sockeye and king salmon anywhere in the world. At its mouth is a large delta where commercial fishermen from Cordova, Yakutat, and elsewhere congregate to net returning salmon. Farther inland, the river and its major tributaries pass close to the state's highway system. It is here that personal-use, sport, and subsistence fishermen gather to harvest migrating salmon. Not surprisingly, allocation of the limited salmon resource among these groups is a contentious issue. Economic analysis can assist policy makers in the decision-making process. While other studies have examined the economic impact of the river's commercial and sport fisheries, no such studies have been done on the subsistence and personal-use fisheries. This study will assess those two segments of the Copper River salmon fishery.

When salmon return to their home streams or lakes to spawn and die, their bodies decompose and release nutrients into the water, which help nourish the next generation of salmon. One of these nutrients is nitrogen. The amount of nitrogen released by decomposing salmon can be estimated from the nitrogen isotope ratio of nitrogen (delta N15). Scientists have shown they can deduce the size of past salmon runs by measuring the amount of N15 left in the sediments. In this project, scientists will measure the amount of N15 in layers of sediment cores taken from five Alaska lakes. Knowing the abundance of past salmon runs is important to understanding how environmental changes affect salmon production. Results will also help managers understand historical abundance levels in order to rebuild salmon runs to sustainable levels.

Once an underutilized species, brown king crabs (commonly referred to in Alaska as golden king crabs) now make up a large share of Alaska's annual king crab harvest. Fishery managers need to know more about the reproductive biology of golden king crabs to properly manage and conserve this important resource. Researchers will study in the laboratory the reproductive behavior of golden king crabs. They hope to determine the size of male crabs at sexual maturity, and how many females can be fertilized by males of various sizes. The research will help fishery managers decide the legal size limit for males and the number of males that can safely be harvested without depleting the brown king crab population. [Approved for funding in 1996-1997 omnibus proposal.]

Rockfish is a name given to more than 30 species of fishes characterized by spines that protrude through the top of their dorsal fins. Rockfishes can live up to 100 years and are slow to reproduce. These facts complicate management of rockfishes. Traditionally, rockfish populations were surveyed using trawl nets, but such techniques may not be adequate. Over the past several years, scientists at the University of Alaska Fairbanks and the National Oceanic and Atmospheric Administration have been developing new ways to estimate the abundance of rockfishes. In this project, scientists will develop and test a plan called "adaptive sampling." The technique will give researchers a better method to locate large aggregations of rockfishes and then conduct intensive sampling of their numbers. Scientists hope better population surveys will lessen the controversy associated with current sampling methods and reduce the danger of overharvest by commercial and sport fishermen.

One of the most popular places to catch halibut is in the waters of Alaska's Kenai Peninsula. Homer, Seward, Kenai, and other peninsula communities harbor a rapidly growing sport charter industry. So rapidly is the industry growing that commercial halibut fishermen worry their harvests may have to be reduced to maintain a healthy supply of fish for everyone. To give managers more information they can use to make decisions about allocation to harvesters, researchers will quantify the economic impact the sport halibut charter fleet has on the region.

It is difficult to determine the age of invertebrates, such as shrimp. To solve the problem, scientists have developed numerous models that estimate age from the length of the invertebrate. Such models help fishery managers monitor overall stock health and regulate commercial harvests. In previous work funded by Alaska Sea Grant, scientists constructed a new length-based model for Australian prawns and Alaska pink shrimp. Work over the next two years will incorporate information about recruitment, mortality, and catchability, among other factors. Researchers will test their model, then use it to investigate environmental changes and examine management strategies.

Steller sea lions and, to a lesser extent, harbor seals, have experienced dramatic declines in parts of Alaska over the past three decades. Many scientists are involved in studies to understand the cause of the declines. University of Alaska researchers have identified a set of medical and physiological characteristics that can be used to assess the health of pinnipeds, called markers. Scientists will examine populations of Steller sea lions and harbor seals outside locations they are currently studying, use markers to assess the health of those populations, and verify the usefulness and accuracy of their markers.

Fishermen have long known that the abundance of commercially important fish species can vary from year to year. Scientists know that different ocean conditions favor different species, and that conditions vary over time. But scientists do not fully understand how these changes in ocean conditions occur, nor are they able to predict them. In this study, scientists will develop a plan to monitor currents that flow along the coast of the Gulf of Alaska. The goal is to quantify and understand changes in the marine environment that occur year-to-year and decade-to-decade. This is regarded as an essential step toward helping fishery managers understand and predict variations in fisheries. Such information also could help fishermen prepare for changes in fish abundance and species composition.

Shellfish sometimes contain a naturally occurring, toxic chemical that causes paralytic shellfish poisoning (PSP). PSP causes illness and death in humans. And even when illnesses do not result, PSP can cause economic losses when shellfish harvests are closed to protect the consumer. No one knows precisely how the PSP-causing chemical, called saxitoxin, is made. The goal of this project is to identify and clone the genes in marine bacteria that make the saxitoxin. The research will lead to understanding how the toxin is produced and dispersed in the environment.

Effectively communicating science and other useful information to industry, policy makers, conservationists, resource managers, educators, and the general public is a crucial function of Alaska Sea Grant. The program carries out this mission by sponsoring and organizing conferences, workshops, and symposia that bring scientists together for professional exchanges of ideas and information; through production and distribution of educational books, posters, and videos; and through community-based marine education projects. The program also communicates useful information to people through local, state, and national media via news releases, magazine articles, and an internationally broadcast weekly radio news service.