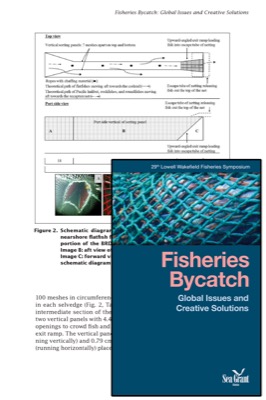 This paper re-emphasizes the concept of “unintentional fishing-related mortality” and its relation to bycatch, discards, and the landed catch (landing). It stresses that it is the unintentional fishing-related mortality that we need to reduce. The paper proposes a systematic method for reducing unintentional fishing-related mortality, taking the Gulf of Maine northern shrimp fishery as an example. While all fishing activities may impact the fish that are not landed, avoiding unwanted fish at a distance or during the early stages of capture may reduce the impact. Spatial and temporal tools and real-time bycatch reporting methods that pinpoint and advise high concentrations of unwanted species are the best means to reduce discards and unintentional fishing-related mortality. As it is not always possible to avoid unwanted species using these methods, gear designs and operations should always consider to avoid or release fish at early stages of capture and at the fishing depth. In the Gulf of Maine northern shrimp trawls, trawl doors may be lifted off bottom to fish semi-pelagically to reduce herding of fish due to the doors and sand clouds. Trawl bridles and sweeps also may be lifted to reduce herding of flounders and skates. A topless trawl may be used to release pelagic species before they enter the trawl. The fishing line may be elevated through the use of toggle chains to allow escape of demersal species. The Nordmøre grid may be modified to further reduce finfish bycatch. Square mesh codends may be used to reduce small finfish and small shrimp. Every possible measure should be taken so that fish escape occurs at the fishing depth rather than during hauling and at surface. Discarding unwanted species from the deck is the least recommended method for reducing unintended fishing-related mortality in marine capture fisheries.