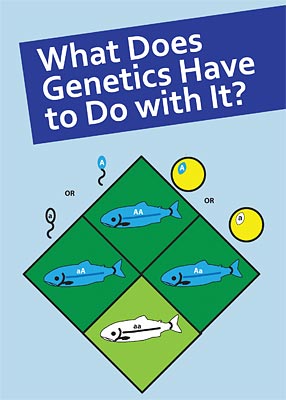 History of a Salmon Population

This is the third chapter of our journey into the realm of genetics and its role in fisheries conservation and management. In the first two chapters, we examined elementary genetics concepts and the jargon that is used to convey those concepts (1. Even Fish Obey Mendel's Laws, and 2. How Genes Vary in Fish Populations). We saw how mechanisms that transmit chromosomes during cell division—mitosis and meiosis—led to Mendel's laws, which predict the basic nature of inheritance. Meiosis is also important because it shuffles genetic variation to generate enormous variety in living things. We also said that an important key to the role of genetics in conservation and management is the differences between populations produced by local adaptation. In this chapter, we examine a salmon population to learn about the historic events that have influenced it. That history is tremendously important to understanding the population, its genetics, and its relationship to other populations.