This guide is designed to help individuals and companies better understand what’s involved as they decide whether to enter the seaweed processing industry, and to provide some industry standards in the manufacturing or processing of kelp. Learn more... 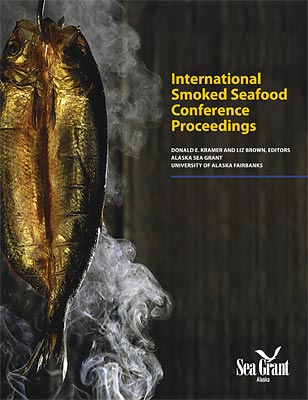 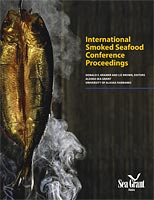 This is part of International Smoked Seafood Conference Proceedings

Wood smoke is an aerosol produced by pyrolysis of wood at elevated temperatures and reduced oxygen. Generated wood smoke consists of three phases: compounds in the gaseous phase, particles of liquid droplets, and solids. When condensed and given enough time for the polymerized components to settle out, the liquid fraction is called liquid smoke. There are over 400 compounds identified in wood smoke or smoke flavor from a number of sources. So far, 40 acids, 22 alcohols, 131 carbonyls, 22 esters, 46 furans, 16 lactones, and 75 phenols have been identified. The origin of the compounds in wood smoke is the polymers in the wood and the heat-induced chemical reaction between the heated polymers, gasified intermediates, and moisture. Thus, the composition of wood smoke will vary with the type of wood used in producing the smoke and the temperature and moisture content of the wood.

Wood smoke performs several functional roles in food. Whether it is applied as a gas from smoldering wood chunks or chips or as liquid smoke, it is considered a natural flavor and need not be broken down into components in the label declaration. Wood smoke is also a colorant, where the stain is immediately produced upon contact between the food surface and smoke, or the color is formed when the smoke and food components react chemically at the elevated temperature used to process the food. The preservative role of wood smoke is well known. However, although specific components have been documented to possess inhibitory activity against bacteria and fungi, wood smoke is not a stand-alone preservative. Wood smoke may be used as a component of a hurdle system for food preservation. Among the functional components of smoke, phenols and acids have shown the most antimicrobial activity, although there are data that show that carbonyls and acids can also have a wide spectrum of antibacterial activity even at low levels of phenols. Staining ability of wood smoke is associated with the acids and phenols, while reaction-developed color produced during the heating of meat can be attributed primarily to the acids and carbonyl compounds.