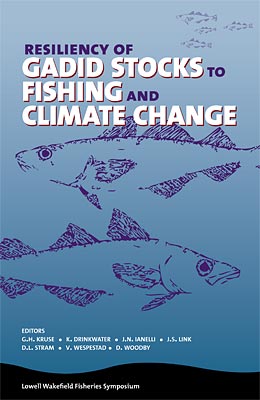 Many stocks of Atlantic cod (Gadus morhua) on both sides of the North Atlantic are currently at much reduced levels of biomass, but this situation is not in all instances the result of long, continuous decline. Most Northwest Atlantic stocks declined to low levels during the 1970s, but
increased during the 1980s before declining even more severely during the late 1980s and early 1990s. Several of these stocks have shown little recovery despite severe restrictions on directed fishing. Many stocks in the Northeast Atlantic have experienced sustained increases and sustained decreases, but generally not in concert. Among-stock comparisons illustrate that fishing has played a dominant role in the dynamics of all cod stocks, but variability in climate has contributed to variability in recruitment, individual growth, and natural mortality. A cooling event during the last three decades of the twentieth century contributed to the rapid decline of several stocks in the Northwest Atlantic, and changes in life-history traits (growth rate, age and size at
maturity) and in the biotic environment (predators and prey) may be contributing to recovery being slow.