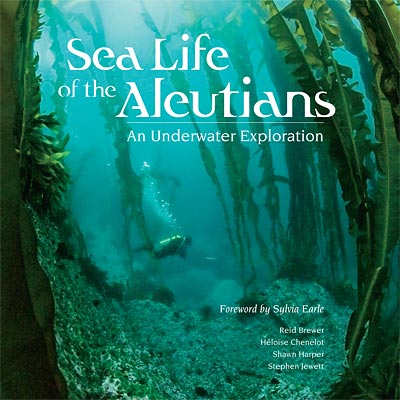 Sea Life of the Aleutians: An Underwater Exploration

A wealth of natural treasures remains to be discovered throughout our world’s oceans. This lavishly illustrated book takes the reader on an underwater journey in the nearshore waters of Alaska’s remote and pristine Aleutian Islands. It features 130 color photos of the astoundingly diverse and beautiful undersea world of the Aleutians, recorded by research divers from 2004 to 2007. Authors provide fascinating natural history information and an overview of the geography, geology, and oceanography of the 1,200-mile archipelago. In addition to sharing the awe-inspiring experience of the divers as they encountered the spectacular beauty of the underwater Aleutians ecosystems, the photographs in this book are a powerful means of educating others about science and the need to preserve nature’s splendor.

Reid Brewer has been an Alaska Sea Grant Marine Advisory Program agent, based at Unalaska in the Aleutians, since 2004. He is an associate professor with the University of Alaska Fairbanks (UAF) School of Fisheries and Ocean Sciences and a PADI Master Scuba Diver Trainer. Reid's underwater photos have appeared in Aurora and Diver magazines, Field Guide to Seaweeds of Alaska, Dutch Harbor Fisherman, and Anchorage Daily News, and were featured in a gallery exhibit at the Museum of the Aleutians.

Héloïse Chenelot is a research technician at the UAF School of Fisheries and Ocean Sciences. She earned her master's degree in biological oceanography from UAF in 2003. Héloïse's underwater photos have appeared in the Alaska Coastal Calendar, back cover of Field Guide to Common Marine Fishes and Invertebrates of Alaska, in the books Imam Cimiucia: Our Changing Sea and Field Guide to Seaweeds of Alaska, on the front cover and in the Pollock Conservation Cooperative Research Center research report, on the cover of the 2011 Alaska Sea Grant catalog, in Aurora magazine, and at the Museum of the Aleutians.

Shawn Harper is a PADI/NAUI/AAUS diving instructor, dive medic, and crewmember at the Catalina Hyperbaric Chamber. His photos have appeared in Census of Marine Life materials, the Alaska Coastal Calendar, Aurora and Alaska magazines, Anchorage Daily News, Fairbanks Daily News-Miner, The Antarctic Sun, front cover of Field Guide to Seaweeds of Alaska and in Surviving on the Foods and Water from Alaska's Southern Shores, and exhibits at the Smithsonian Ocean Hall, Vancouver Museum, Museum of the Aleutians, and venues in Homer, Anchorage, and Fairbanks, Alaska.

Stephen Jewett, Ph.D., has been a researcher at UAF since 1974 and a research professor at the UAF Institute of Marine Science, School of Fisheries and Ocean Sciences, since 1998. His underwater photos have appeared in Alaska and Aurora magazines, on the front cover of Field Guide to Common Marine Fishes and Invertebrates of Alaska, in the books The Bering Sea and Aleutian Islands: Region of Wonders and Ocean Treasure: Commercial Fishing in Alaska, in the Alaska Coastal Calendar and Visions of Undersea Alaska Engagement Calendar, and on the cover of an Alaska Sea Grant biennial report. 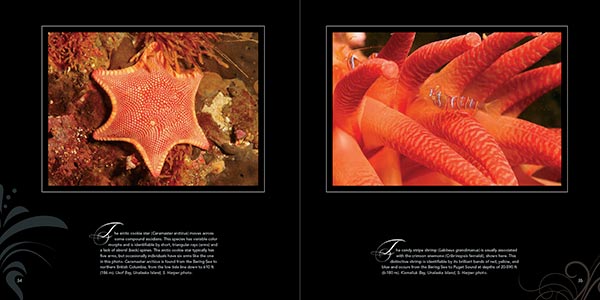 Field Guide to Common Marine Fishes and Invertebrates of Alaska

Field Guide to Seaweeds of Alaska 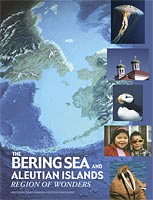 The Bering Sea and Aleutian Islands: Region of Wonders

"Sea Life of the Aleutians is unlike any Alaska book before it. It's a vicarious journey into a world that’s not just remote, but unreachable for all but a few, the last frontier of the Last Frontier. It's a gorgeous production that beautifully showcases just one aspect of the work being done by Alaska Sea Grant. It shouldn’t be missed."—David A. James, Fairbanks Daily News Miner (full book review)

“Just as in tropical coral reefs, the waters of the Aleutian Islands are home for species representing most of the major divisions of the earth’s animals, plants, and microbes. Beautifully illustrated here are a dozen major animal forms, from sponges and anemones, to arthropods, echinoderms, mollusks, and fishes. Thanks to these intrepid authors, anyone who wishes to experience the world of the living treasures that grace the depths along the Aleutian Islands can vicariously do so.”—Sylvia Earle, Ph.D., Chairman of Deep Ocean Exploration and Research, and Explorer in Residence, National Geographic Society

“This book presents an outstanding opportunity for all of us to get up close and personal with some very rare and certainly rarely seen critters. I especially appreciate all the algae in the photos. The high quality of the photos belies the difficulty of capturing them in the remote and harsh environment of the Aleutian Islands.”—Sandra Lindstrom, Ph.D., Research Associate, Department of Botany, University of British Columbia

“The pictures in this book are amazing and a great representation of what lives in the nearshore waters of the Aleutians, and what that environment actually looks like. This book puts Alaska on the map for great dive spots!”—Brenda Konar, Ph.D., Professor of Marine Biology, University of Alaska Fairbanks