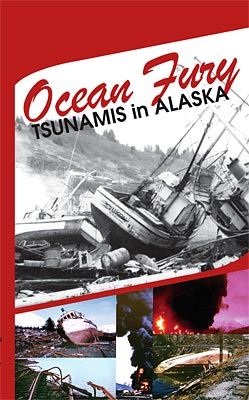 The most powerful earthquake in US history shook Alaska in 1964, generating tsunamis that killed more than 100 Alaskans and other Americans along the Pacific Coast. The ocean's fury transformed several Alaska communities into tangled devastation. This video commemorates the 40th anniversary of the disaster, featuring recent interviews with some of the lucky people who escaped the ocean's wrath. They describe in chilling detail what they saw and the thoughts that raced through their minds as they watched the black waves attack their communities that fateful day. The program also presents the science of tsunamis using 3-D computer graphics, and tells how to prepare for the next big one. Produced with the University of Alaska Fairbanks Earthquake Information Center and the Alaska Division of Homeland Security and Emergency Management.

Watch a clip from this video

Beating the Odds: Onboard Emergency Drills 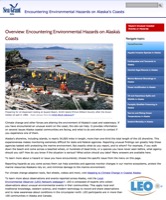 "I have reviewed Ocean Fury and find it to be an excellent resource addition to the field of knowledge, as well as a great teaching tool. Very well produced." —J.P., Curator of Collections and Exhibitions, Valdez Museum and Historical Archive, Alaska

"I find this video very useful in my field of emergency response and preparedness. I assist communities by putting together their emergency response plans and do vulnerability assessments on water systems. I find this video useful in portraying exactly how helpless a major catastrophe will make people feel, which drives the point of ERP processes being a good thing to have established prior to any major event." —S.D., Public Water System Security Specialist, Alaska Department of Environmental Conservation, Anchorage

"We saw your video on Alaska One—it was FABULOUS. It was fascinating, well done, and moved along at a good pace." —W.C., UAF Museum of the North, Alaska

"If there had been a Platinum Award, this entry would have gotten it. This was a masterfully produced piece from all aspects. The writers skillfully crafted a script that conveyed the horror of tsunamis and the nightmarish experience for those who are caught off guard by them. They melded the scientific explanation and research advances into the story so that the audience was reassured that when the next tsunami strikes, Alaska and the world will be better prepared. The outstanding writing coupled with beautiful videography, exceptional archive footage, and expert editing made this a program that I hope will be seen by many, many more people." —G.P., Public Information Officer, Blinn College, Bryan, Texas