Field Guide to Sea Stars of the Aleutian Islands 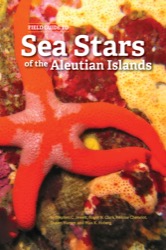 Field guide to 63 sea stars of the Aleutians, with colorful photos Learn more... 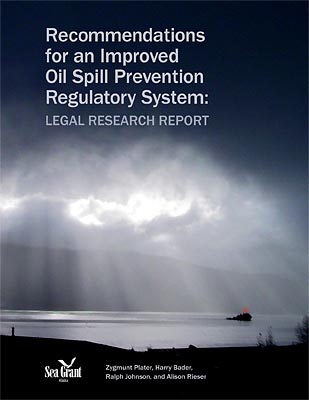 Soon after the Exxon Valdez oil spill (EVOS) in Alaska's Prince William Sound in 1989, the Alaska Sea Grant College Program (ASG), directed by Ronald Dearborn, assembled the four-person ASG EVOS Legal Research Team. Its purpose was to identify legal tools the State of Alaska might use to improve regulations aimed at preventing and responding to oil spills.

The Alaska Oil Spill Commission, appointed by then-governor Steve Cowper and chaired by Walter Parker, adopted many of the ASG EVOS Legal Research Team's policy and technology recommendations. The result was, and remains, a profoundly improved system for preventing and responding to marine oil spills in Alaska. Some ideas also have been applied internationally through considerable effort by ASG Marine Advisory Program agent Rick Steiner.

The ASG legal research, through the Alaska Oil Spill Commission, helped the State of Alaska recognize and exercise its right to petition the U.S. government for federal rulemaking. This legal tool was wielded by the State of Alaska to induce the federal government into including components in federal law that, in effect, strengthened Alaska's oversight of how the oil industry operates in Alaska. Elements of the ASG legal research helped inform the content of the federal Oil Spill Act of 1990 (OPA).

A key recommendation of the ASG EVOS Legal Research Team, adopted by the State of Alaska as presented by the Alaska Oil Spill Commission, was establishment of citizen advisory councils. These diversely populated citizen oversight bodies would provide a substantive means by which Alaskans at the grassroots level could influence how industry and government maintains and improves its joint responsibility to prevent and effectively respond to oil spills, and deal with related problems and issues.

The Alaska Oil Spill Commission also adopted a recommendation by the ASG Legal Research Team that the State of Alaska set up a citizens' council, under the jurisdiction of Legislative Affairs, to oversee the safe transport of oil, gas, and other hazardous substances. The State Legislature accepted the recommendation in 1990 and formed the Citizens' Oversight Council on Oil and Other Hazardous Substances and selected five people to serve on the Council. Harry Bader was appointed chair and Michele E. Brown, former administrator with the Alaska Department of Environmental Conservation and Assistant Attorney General, was hired as Executive Director. The Council was disbanded in 1994. 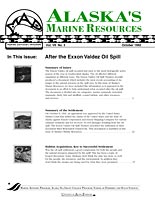 After the Exxon Valdez Oil Spill 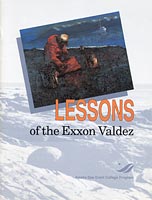 Lessons of the Exxon Valdez